Planet Earth Records was Lemon D’s label before he moved to Metalheadz in 1994. The producer of numerous scene classics such as Manhattan Melody, Going Gets Tuff, This is LA, and Fade 2 Black, these days Lemon D is probably best known for his later dnb/jungle work with Dillinja, and all of the various collaborations that came as a result; the Valve Recordings label itself, cutting dubs, the LPs, the infamous Valve Sound System, etc. Although he seems to have left the full glare of the dnb scene in favour of his down-tempo cross-genre project as K-AZE, Planet Earth is where Lemon D made his start and shouldn’t be overshadowed. 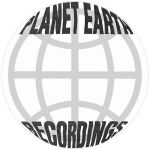 As with so many of his contemporaries, the early tracks on Planet Earth are fairly raw, but by the end of the run on deep, atmospheric jungle tracks like Deep Space and Subconscious, Lemon D was absolutely killing it… The production values and break-work on these later tunes is amazing – you can see why he was snapped up by the Headz crew.

My favourite track on the label is Lemon D’s Something I Feel, from the Toxic Rhythms EP, PDJ03. It’s an unashamedly simple amen and hoovers smasher, but I am partial to that old hardcore sound. The drop is just deadly and I still play this one a lot. There is a remix but I don’t think it is quite as up front. Pursuit Through The Darkness is another one I love, which can be found on PDJ02. This is another more hardcore-sounding amen tune with a bunch of different melodies and hooks to it. Highly recommended.

I don’t really have much trainspotting geekery on this label apart from the fact that the Dexxtrous on PDJ04 was an early alias of J. Majik… in fact I think this might even have been his first ever release. He supposedly abandoned the moniker when he realised there was another high-profile jungle producer with the same name. Like Lemon D, J Majik was also soon to be Metalheadz-bound. This release is pretty cool… quite basic sounding jungle tunes. Absolutely nothing like his output today (!).

If you’re looking to pick up these records then the only ones that might cause issue are the first two releases, which are currently fairly pricey (£50ish), but everything else you can pick up for change.

Lemon D has never been a prolific remixer. An exception to this was a piece of his on 1993’s Midnite EP, by Sleepwalker. Age of Aquarius (No Surrender, No Retreat) (LD Rmx) matches up quite neatly with his Planet Earth output from around the time so this is in the mix. The ‘No surrender, no retreat’ sample is well used. The other two tunes on this EP are also in the mix as Bass Junkies also make an appearance on PDJ06 with the deep roller Groove Me.

Was there ever an original released version of Age of Aquarius??

Who were Bass Junkies?

Assuming it is actually the same producer(s), Bass Junkies have only one other release credited to them, and that is this obscure Fugees-sampling dnb one-off from 1997. The tracks are all late-90s style jumpup that don’t really fit into the style of the Planet Earth mix so I haven’t included them, but I’ve posted them up here, because why not? They’re straight-up dodgy rips from my dusty vinyl copy.

Does anyone out there have any info whatsoever on this release?

Enough of my rambles, here’s the mix itself. All’a dem tunes on Planet Earth and some extras. Back in the new year with yet another crusty jungle label!

One thought on “Planet Earth Records”