In semi-relevant news this month I went down to Fire here in London to check the Metalheadz History Sessions party and it was absolutely amazing. Trepidation about the event being oversold leading to potential overcrowding proved to be unfounded, at least for me. I had plenty of room to bust a move throughout. Doc Scott b2b DJ Lee was my favourite set of the night but all of the DJs smashed it. Goldie dropped Satin Storm – Let’s Get Together for his first tune and it just destroyed the place. It was also really cool to hear Dillinja playing out his old tunes. Apparently Metalheadz had all of the sets professionally recorded straight from the desk? Can’t wait to have a listen to those, if only to confirm whether or not my addled recollections match reality, and to check the Room 2 sets I missed. I also got a Metalheadz History Session t-shirt. What a nerd, but they are pretty sick-looking.

Notable: Suburban Base is back, and in the Guardian.

On to this month’s mix / self-OCD-medication. 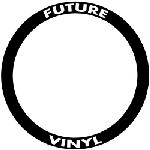 Future Vinyl, like many other labels of the time, is best known for a single tune – the classic jungle track ‘Scottie’, or ‘Scottie’s Sub’ if you want to get all trainspotty. Scottie is so immense that it overshadows almost everything else on the label. This is one that every true junglist should know, with its Evil Dead samples and crazy reversed breaks. A truly groundbreaking track. Scottie aside, the Future Vinyl back catalogue is bone-deep with big jungle tunes. The purpose of this blog is to give exposure to some of the lesser known ones, so go in with an open mind and you might come across something you really like.

Future Vinyl put out 10 releases from ’93-’96. The first few, Scottie included, veer towards the atmospheric darkside jungle popular at the time, before dropping the scary samples and taking a more direct jungle approach. I have a particular fondness for ‘Terror In The Jungle’ and the two Stereo tracks. After no releases in ’95, Future Vinyl put out two 12″s by Special K in ’96 which are noticeably different – they wouldn’t have sounded out of place in a Blue Note set. ‘Final Conflict’ in particular is a monster No U-Turn-style techstep banger.

If you’re looking to pick up the Future Vinyl back catalogue, they shouldn’t be too difficult to find. There are only a few that regularly fetch high prices – The Subnation 4 Track EP (FUTURE2) is probably the most in-demand, but the yellow Scottie 12″ (FUTURE3) and FUTURE5 seem to be creeping up.

This was a fun mix to mix. All vinyl straight through, no Serato or digi tricks. There were two main issues I had during the process. The first issue was how to incorporate all of the various versions of Scottie without it getting repetitive. To address this I chose to only really roll out my favourite two versions – the OG and the first remix. The two Ray Keith Jungle mixes are just teased in and all four of the ’98 remixes are jammed up together at the end of the mix, mixing through them as quickly as possible. I reckon the result turned out ok, and the dnb remixes are quite dissimilar to each other in the first place. The effect throughout the mix is that Scottie periodically weaves its way in and and out, like that mashed up friend you keep losing in the rave, who somehow manages to show up again just before the lights come back on and the tired bouncers march you out together.

The second issue was that there were a few tunes with significantly less BPM than the rest. In fact, I completed the mix and had these three tunes left over – I could not figure out what to do with them. So, in the end, I mixed the three together and stuck them in at the start. There is and abrupt fade/edit when the BPM changes. If I had more patience I’d probably have done some kind of tricky effects transition, but by that point I was completely Future Vinyl-ed out, so it remains in the mix as I originally had it. Shrug. At least I didn’t trainwreck them across. It worked out anyway as the mix now starts with the Sharon Stone-sampling ‘Somebody Always Dies’, which is a really cool tune with a skanking bassline.

So there you have it. Here’s the mix – every tune ever put out on Future Vinyl + bonus beats! Enjoy. 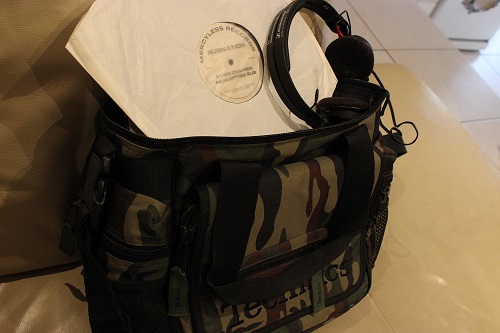