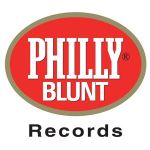 I’ve been spending a ton of time in Bristol lately, so I thought why not mine the rich history of the Bristol dnb scene for a post on the blog. Bristol has been a thriving hub for jungle/drum and bass music since the early 90s when artists like Roni Size, Krust, Suv and Die put the city on the map. Although this core would later form its own influential imprints Full Cycle Records and Dope Dragon, Bryan Gee and Jumping Jack Frost’s legendary V Recordings was also an early outlet for the Bristol sound. The mighty Philly Blunt Records was one of several V Recordings sub-labels at the time, and took a distinctly more junglistic approach to matters than the more progressive style of V and Full Cycle.

Before Philly Blunt was resurrected in the late 2000s, its output on its original run from 1994 through to 1997 features a ton of instantly recognisable dancefloor ragga anthems. This four year period is what I’m focussing on in this post. For those interested in something more contemporary though, Philly Blunt is absolutely still going strong… check them out here. You could even buy this awesome MUG. Slipmats too, damn!

But back to the OG…

Leviticus – Burial, is probably the most well-known tune in the Philly Blunt old-school run. With its memorable “Big, bad and heavy” lyrics sampled from Jigsy King and Tony Curtis’ My Sound A Murder, Burial is one of those classic, rinsed jungle anthems that appears on almost every retrospective mix. What the f*ck are the lyrics after “It’s a wonder…” though? “You came from Malta”??? Eternal mystery… somebody please help!

Burial aside, the oft-remixed, Sleng Teng bassline-sampling Warning is another big track. It’s not one of my favourites but people still play it out fairly often. Roni Size’s 1995 classic Bonanza Kid is probably my own personal highlight. It reminds me of a lot of 97-98 tunes with its slightly warpy No Reality-style bassline. I still drop this in for fun quite regularly.

If it’s amen workouts you’re after then the man himself Dillinja dropped four of his best ever heavy jungle tunes on Philly Blunt… Motherf*cker, Sky, I Selassi I, and the epic Gangsta. Sky, in particular, features some of the most carefully constructed and intricate break-work Dillinja has ever done. Its stuttering, drastically panned intro is mesmerising.

The bulk of the rest of the tunes, tracks like Bass Switch, Check Da Skills, Who Is It, The Only One, et al are in that distinctively sparse, minimal, steppy style synonymous with the Bristol sound and V Recordings at the time. They’re somewhat divisive in that many seem to find them pretty dull, looping the same bassline and break for seven minutes on end. I quite like them. There’s nothing to say that a DJ must roll out the whole tune every time, but whatever.

In summary, Philly Blunt is a jungle label well worth picking up. With the possible exceptions of Gangsta, Bonanza Kid, and The Only One, the records are not particularly difficult to get a hold of either, so you’ve got no excuse. Massive respect and big ups to Bryan G, Jumping Jack Frost and all of the artists involved.

Various aliases are as follows:

Enjoy! Every tune on Philly Blunt up until PB010 in 1997. All vinyl, aside from the digital only tracks on the Who Is It CD.